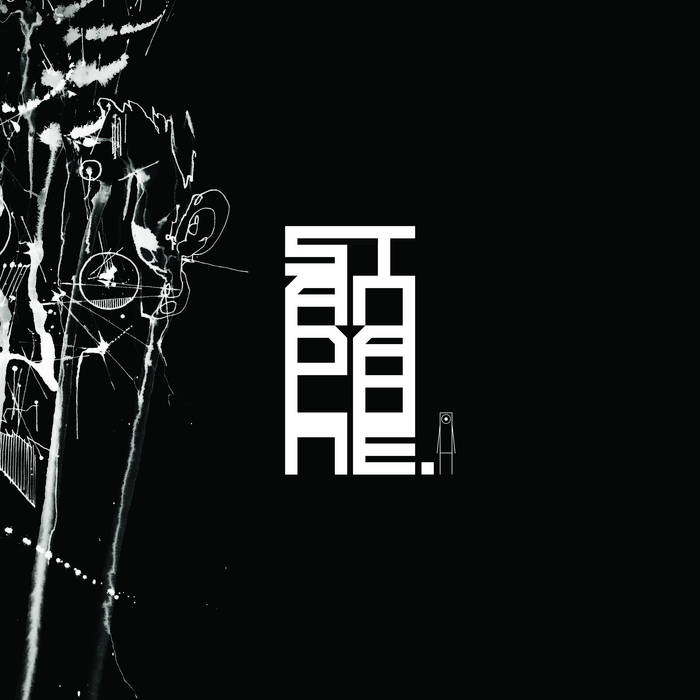 Chris Weeks has been building up the Kingbastard catalogue for a long time now, generally taking a self-reliant approach in the underground electronica scene where CD-r releases reign supreme. He's been a key figure on Ambidextrous since the label launched back in 2008, and now he's committed to wax with a range of crunched up leftfield sonics for the machine-loving crowd. "Anxiety" is a melodic cut with a house-minded structure, but there's a lot of production acrobatics and compositional swerves taking place within this framework. "Scatterbrain" is more overtly out there, tapping up the kind of heavily processed sounds that producers like Paradroid have championed in the past. "Data_Loss" strike a heavy blow somewhere between dubstep and electro, and "Data_Ctrl" ups the tempo for a rabble-rousing exercise in mind-bending machine music.

"With a subject matter of an unsettled consciousness and the schizophrenic tendencies of the Artificial-Intelligence-Era, 'Chris Weeks', aka Kingbastard, has crafted a unique terrain for himself on his new EP, 'Standalone'; a beguiling workout of mind-bending, hardware-based electronic sounds.

Weeks fuses Techno sensibilities with an array of Experimental-Electronic techniques, producing an EP which echoes the genius of Aphex Twin & Autechre; making the UK-based Producer one of the most adventurous heirs of the Warp label.

The tracks found on 'Standalone' perfectly embody their titles, with glitch infused Techno, IDM innervation and fidgeting-synth flourishes, evoking the electronic-claustrophobia felt from living in our all-encompassing post-Snowden surveillance dystopia.